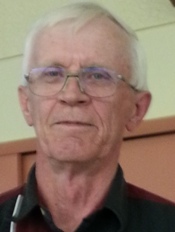 Cedaredge is served by Mayor Raymond F. Hanson, who was seated in April 2020 for a four year term. He was born in Cedaredge in 1948 and graduated from high school here in 1966. He attended Western State College (now Western State Colorado University), where he earned a B.A. in 1970 with a major in history and minors in political science and philosophy. At Western he also received a fellowship to pursue graduate studies in history and economics and he graduated with academic honors in 1971. In college he met his wife, Sandy, and they married in Denver in 1970. The couple has two grown children: Misti of Fort Worth, Texas, and Sean and his wife Rachael of Grand Junction. For several years Mayor Hanson has operated his own local business as a master plumber. He was first elected as town trustee in 2012, was subsequently re-appointed in 2016, and in February 2018 he was appointed to serve until 2022.